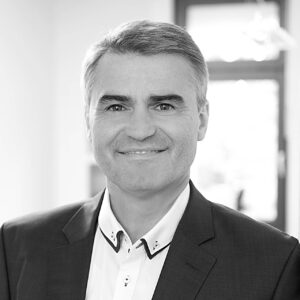 Uwe Schmidt
CEO and partner, Industrie-Contact AG
Uwe Schmidt started at Industrie-Contact AG (IC AG) as trainee in 1989. Just a few years later he became CEO and partner. In the 1990s he took care of the German business and in the early 2000s he established the international network of the agency. In 2002 IC joined the Public Relations Global Network (PRGN) where Uwe helped extend the European network. Uwe was the president of PRGN in 2014/2015. He sees the future of PR closely with other marketing disciplines against the background of sales interests of the clients. Besides his activities for Industrie-Contact, Uwe is chairman of the Kinderhilfswerk Dritte Welt e.V. (children charity organization) which implements aid projects in eight countries.
All posts by Uwe Schmidt
Industrie-Contact AG
PRGN profile page | Website
« Previous Post