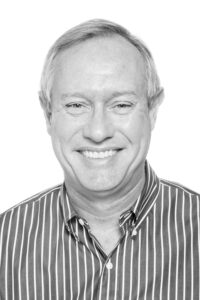 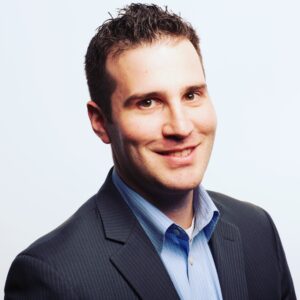 Aaron Blank
President/CEO, David Fuscus
Aaron Blank is the current president (2019-20) of PRGN. He is also the president and CEO of The Fearey Group. At age 39, he is the second youngest president in PRGN’s 26-year history. Aaron’s laser sharp focus on quality and innovation has allowed the firm to flourish in present-day, while simultaneously remaining true to its renegade roots. Consistently listed in the top five categories of the largest firms in the Seattle area by the Puget Sound Business Journal, they are a generalist firm specializing in public relations, public affairs, digital media crisis/issues management. The Fearey Group’s overarching mission is to build trusting and enduring relationships – one conversation at a time. The firm takes on the Pacific Northwest’s most fun, exciting, and oftentimes, most challenging projects: more recently, they have skated into the athletic realm, scoring the NHL’s 32nd hockey franchise, NHL Seattle, as a client. Enthralled with this relationship, its team continues to play an integral part in shaping the story of hockey in the Pacific Northwest by working for companies and organizations alongside the hockey franchise, including a youth hockey association and a hospital system that recently helped roll-out the first official team Zamboni. In addition to hockey, the Fearey team works in health care, real estate (AEC industry) and professional services. A true ‘40 under 40’, Aaron started at the agency in 2006 as a senior account executive and worked his way up the ladder before earning the title of CEO and owner in 2014 when the firm’s founder, Patricia Fearey, decided it was time to pass the baton. Since 1981, The Fearey Group has been known for creating and pushing the region forward. It has roots connecting it to the launch of the Seattle Streetcar system while dots connecting it to the launch of the now infamous annual Bumbershoot music festival. Through the years, the firm has won a myriad of awards for its client work and innovative business practices and solutions. Besides NHL Seattle, The Fearey Group is a longtime trusted partner for Humana insurance. It also services tribes, non-profits/foundations, and a growing list of organizations connected to the burgeoning Washington state wine industry (2nd largest in the USA). One of The Fearey Group’s most valuable assets happens to be PRGN itself. In the past several years, its team has worked alongside most of the U.S. agencies to fulfill the diverse needs of clients of all varieties. Find Fearey online at www.feareygroup.com.
All posts by Aaron Blank
« Previous Post